Join Our Newsletter
Shop Our Store
MAIN MENUMAIN MENU
By Joshua Gillem on February 7, 2020 in News 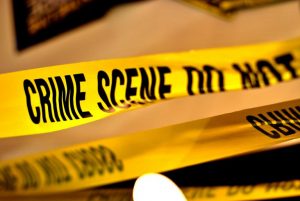 Pendleton, SC — A boyfriend and two of his friends were handling several of their guns when one gun “went off” striking a woman, killing her.

Investigators found Betty Spado, 20, dead in the apartment building at around 8pm, Thursday after the reports of a shooting came in. According to the Anderson County coroner, Spado died at the scene from the fatal gun shot.

Her boyfriend and two other friends were handling several different guns when one “went off.” The fired shot struck the boyfriend in the hand, as well as killing Spado.

Her death was ruled as an “accident” by those investigating.

While it’s true that this was an accident in the sense that they didn’t mean to shoot and kill this girl, there is a certain amount of negligence that must take place when you’re handling firearms and “accidentally” shoot someone.

Several of the firearms safety rules were violated here, and a young lady lost her life because of it. The first thing you must do whenever you pick up a gun or when someone hands you a gun is to check and see if it’s loaded. And even then, you always treat it as if it’s still loaded.

If you’re planning to pull the trigger, say, in dry fire which we’re huge supporters of, you still point the gun in a safe direction. All of the firearm rules were violated to some degree here, and their negligence took an innocent life.

If you need a refresher on the firearms safety rules, there is no harm in going over them again, here. Heck, I still sometimes recite them on my way to the gun range out of habit from when I was in my beloved Marine Corps.

Leave your thoughts on this tragic story in the comments below.

Josh is a lifelong practitioner and student of the gun. He grew up shooting/hunting with his dad, and was given his first gun, a 12 gauge shotgun, when just a small boy. After high school, he joined the Marines where his love for firearms blossomed as he qualified with an M16A2, an M9, and a 240G. Josh has been writing about firearms and tactics for several years, owns the blog Gunners Den, is a staunch supporter of the Second Amendment, and believes that each individual person has the right to self-defense by any means necessary. Currently residing in gun-friendly NC, he carries a concealed gun on a daily basis, even in his own house.
View all posts by Joshua Gillem →