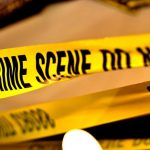 Pendleton, SC — A boyfriend and two of his friends were handling several of their guns when one gun “went off” striking a woman, killing her. Investigators found Betty Spado, 20, dead in the apartment building at around 8pm, Thursday after the reports of a shooting came in. According to the Anderson County coroner, Spado […]