Join Our Newsletter
Shop Our Store
MAIN MENUMAIN MENU
By Brian McLaughlin on December 18, 2019 in DGU 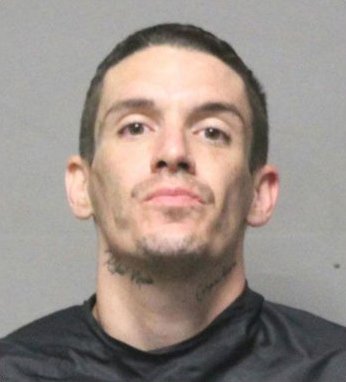 Pickens, South Carolina – A woman defended herself from an escaped convict after he broke into her home around this time last year.

According to Pickens County Sheriff Rick Clark, 30-year-old Bruce McLaughlin and another inmate Timothy Dill, attacked guards at the Pickens County jail and escaped at around 2:30 a.m. December 4, 2018.

The escapees, still wearing their orange jumpsuits, split up and moved in opposite directions hoping to throw police off their trails.

McLaughlin, who had a lengthy criminal record and was being held at the jail on charges of first-degree burglary and grand larceny, made his way to the home of a woman nearby.

Sheriff Clark said McLaughlin kicked in the kitchen door of the home where he got ahold of a knife sharpener to use as a makeshift weapon.

The homeowner, who was home alone, heard her door being smashed in and armed herself. When McLaughlin began to advance on her bedroom with his weapon in hand, she fired, striking McLaughlin in the head and killing him.

Sheriff Clark said the victim who had been through firearms training and had her permit to carry concealed, was justified in shooting the suspect.

“This was a big guy. If she hadn’t had a weapon there’s no telling what would have happened,” the Sheriff told Associated Press. “I gave her a big hug. I told her how proud I was of her.”

Clark went on to say that owning and knowing how to properly use a firearm for self-defense is important and this situation was a, “shining example.”

“She came out on the good on this end and the other guy, the bad guy, didn’t,” Sheriff Clark said.

Clark is honoring the victims wishes to remain anonymous and declined to identify her.

Dill, who was awaiting trial on charges of criminal sexual misconduct with a child, was recaptured around the time McLaughlin was shot. He was captured without incident and is facing additional charges of two counts of kidnapping, and first-degree assault and battery.

Training works. If you are thinking about getting a firearm for home defense, or already do, make sure you receive training from a reputable source so you can confidently, and competently protect yourself and your family from serious threats.

You can begin that training with the Complete Home Defense – Tactics For Defending Your Castle.