Join Our Newsletter
Shop Our Store
MAIN MENUMAIN MENU
By Brian McLaughlin on December 3, 2019 in DGU 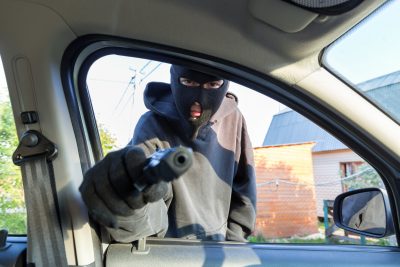 Columbia, South Carolina – One man is in jail after being shot while attempting to rob another man selling shoes.

According to Columbia Police Department (CPD), 23-year-old Je’Nell Montez Burton was arrested and charged with armed robbery, possession of a weapon during the commission of a violent crime, and unlawful carrying of a weapon after he tried to rob a man and his female companion at gun point.

Law enforcement officials said Burton made plans with the victims to purchase shoes they were selling on social media. When the trio met up to complete the transaction, Burton pulled a gun instead.

The male victim pulled his own pistol and fired. It is unknown if Burton shot back, but investigators say a total of 20 rounds were fired. Only Burton was injured however, sustaining non-life-threatening injuries to his hand and leg.

No one else was wounded in the shooting, but the nearby car of an employee at the China Hut restaurant on Gervais Street and Millwood Avenue had its rear and side windows shot out.

Burton was treated at the hospital, then transferred to Alvin S. Glenn Detention Center and held on $75,000 bond.

“It’s 2019, it’s an avenue to save money, obviously it’s something that people are going to do and I think that a lot of people have been involved with it in some form or fashion but I think it’s just using common sense to avoid anything going wrong.”

“Those red flags would be unusual requests or payments, last-minute changes to meeting locations, people avoiding to answer questions,” Williamson said. “If people are interested in an item you’re selling, or you’re interested in purchasing an item, people should be pretty forthcoming to answering those questions. If they are kind of dodging, then it’s going to be a red flag.”

“One of the most common things is social media transactions, so obviously take a look at their social media, make sure it looks legitimate, some people use fraudulent accounts,” he said.

Williamson went on to say it’s important to pick a sensible place to meet for the transaction. Places such as Police Departments, or Internet Safety Exchange Locations.

According to WACHFOX57, the following places have been designated acceptable places to complete these transactions:

This self-defense shooting, like many do, took place around vehicles. Violent crime occurs around cars more often then almost anywhere else and knowing how to fight in, or around them is an essential skill. Read here for Vehicle Firearm Tactics Course – Online & DVD.