Join Our Newsletter
Shop Our Store
MAIN MENUMAIN MENU
By Brian McLaughlin on July 30, 2019 in DGU 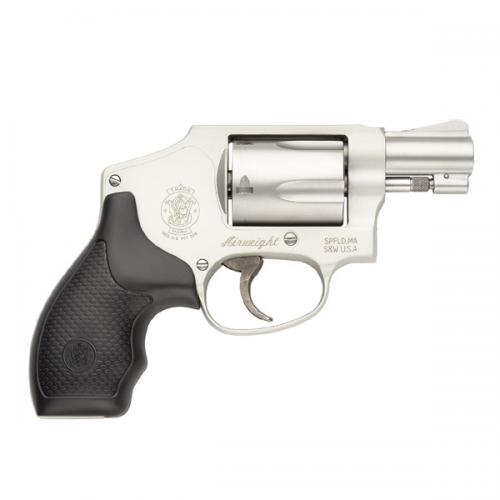 Greenville County, South Carolina – A man was shot in his own home after a deputy responded to an alarm call at the residence at 305 Eastcrest Dr. on June 13th.

According to the Greenville County Sheriff’s Office (GCSO), a deputy was dispatched to a home in Simpsonville in response to an alarm that was triggered, and no answer given after the security company attempted to contact the cell phone associated with service.

At 11:54 p.m., the deputy rang the doorbell but was unable to contact anyone within the home. While investigating the property outside the residence, he saw movement inside through a window near the front door.

The deputy turned his flashlight on in attempt to see the man, who turned around. The deputy then opened fire through the window, striking his intended target multiple times.

But the threat the deputy perceived was not a burglar, but the homeowner of the residence, 62-year-old Dick Tench, who was investigating noises the officer made while searching the exterior of the home.

“Who are you!” Tench yells through the front door.

“The sheriff’s Office!” the deputy replies as he advances on the home with his weapon trained on the door.

The wounded man then pleads for someone to call the cops.

“I am the cops,” the deputy can be heard saying as he walks up to the home.

Tench was struck once in the groin, and once in the chest and in the footage provided by GCSO an exit wound can be seen on the victims back as he leans forward.

“What the f— you doing man?” the homeowner says.

“You pointed a gun at me man!” The deputy says.

“I rang your doorbell because we got an alarm call.”

“I saw lights and heard the doorbell ring and I got my gun. I’m a concealed weapons guy. Get the ambulance here or I’m going to die.”

“You’re not. You’re not going to die,” the deputy says putting on gloves and getting out his medical kit.

“Because you pointed a gun at me man,” the deputy says again.

Tench also indicated he may not have heard the alarm or any notification shouted by the deputy because he wears a CPAP machine while he sleeps.

The deputy continued to give aid until EMS arrived to take over and transport the victim to a local hospital where he was treated for his gunshot wounds. One bullet was removed from his aorta through his back while the other was left where it was, lodged in his pelvis. Tench also received to other wounds from bullet grazes to his forearm and back.

Greenville News reports that GCSO first stated their deputy only opened fire after the homeowner exited the house through the front door and pointed a gun him. But body cam footage voluntarily released by the Sheriff’s Office shows the deputy fire through a window next to the door.

According to GCSO, the body cam worn by the deputy did not record the audio leading up the shooting which could show that the homeowner was properly notified of law enforcement on the premises.

“This particular incident recording began after the deputy initially stepped off the front porch,” said GCSO Captain Tim Brown with the Office of Professional Standards.

“In an effort to defend himself against a perceived threat, the deputy fired his issued weapon as he retreated off the porch and subsequently struck the individual multiple times.”

“The Sheriff’s Office’s statement for weeks after the shooting was that my client opened his front door and aimed at a deputy and you can look at that body cam – that ends that version. It’s difficult to explain how something like this could have happened,” he said after the footage was released.

Greenville News goes on to report Sheriff’s Office spokesman Lt. Jimmy Bolt declined to comment on whether or not the deputy identified himself as a deputy at any point before the audio begins in the bodycam footage, and also declined to identify him or give any information other then he is on administrative duty until the investigation is concluded.

“Consistent with all officer involved shootings, the South Carolina State Law Enforcement Division, along with the 13th Circuit Solicitors Office, will continue to investigate the facts, conduct interviews, and analyze evidence to determine whether the deputy’s actions were within the scope of the law.

“In a separate and internal investigation, the GCSO Office of Professional Standards will investigate to determine whether the deputy’s actions were consistent with the strict guidelines and standards set forth in the Sheriff’s Office policy.”

A gunshot wound to the groin is especially concerning. In the video, the deputy can be seen attempting to apply the tourniquet to the leg, but then is forced to reconsider his medical interventions because of the wound’s placement.

Since there is no way to control the bleeding with a tourniquet, and because of the large arteries in this area, the danger of bleeding out increases and can be problematic for someone untrained.

What we can learn from this situation is to always expose the wound area to clearly see what you are attempting to treat. This way you don’t waste valuable time working with ineffective interventions.

Combat gauze is an excellent tool in this particular situation in that it can be packed into the wound to help clot the blood more quickly. Additionally, firm direct pressure is essential as we can see the deputy do in the video.

Having a trauma kit in your home is an excellent idea, but just as with a firearm, it will do you far more good to get training on how to use it properly.

3 Responses to Man Shot by Deputy in His own Home